Today is the day against the gender violence and I thought I’d dedicate this post to some important Andalusian women.

She was a heroine of freedom. She helped her cousin to escape from prison where he was since 1827 for having participated in liberal conspiracies.

She  was denounced for embroidering in a flag “Law, Freedom and Equality” and she was accused of participating in a liberal conspiracy.

She was born on the 19th of December, 1867 in Níjar (Almería). She was an activist, a writer, a translator and a defender of woman’s rights.

She was considered the first female professional journalist in Spain. She worked as an editor in a newspaper of Madrid (Diario Universal) in 1906.

She was born on the 3rd of March, 1892, in Málaga. She was a lawyer, the director general of prisons, a Spanish Republican in politics and a founder of the Feminist Lyceum Club.

She was the first Spanish woman that worked as a lawyer in the court. During the Civil War she had to escape into exile. She went to Paris and she was named First Secretary of the Spanish Embassy in the capital so she could continue taking care of refugee children. 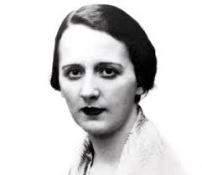 She was born on the 22nd of April, 1904, in Vélez-Málaga. She was a Spanish thinker, a humanist and a philosopher. She studied philosophy at the University of Madrid. For her, philosophy was an event and not just a problem. One of her important topics is the analysis of “poetic reason”.

If you want to know more about her, you can read the post below by MF.

2 thoughts on “Andalusian Women in History”